A proposed piece of public art is yet again stirring controversy in Vancouver.

The proposed piece, titled Boy Holding Shark, is the creation of artist Chen Wenling and would be placed near Stamps Landing on the south side of False Creek.

The 7.8 metre (25.5 feet) steel sculpture is composed of a red tower with a teal-coloured figure of a boy holding a silver shark standing atop. It is a part of the Vancouver Biennale.

Read more:
‘Should I Be Worried?’: the $100,000 question that Vancouverites paid for

Wenling is the artist behind the distinctive red Proud Youth sculpture on the north side of False Creek.

But the sculpture isn’t going over well with everyone.

As of Saturday, a petition calling for it to be stopped has garnered nearly 1,000 signatures. 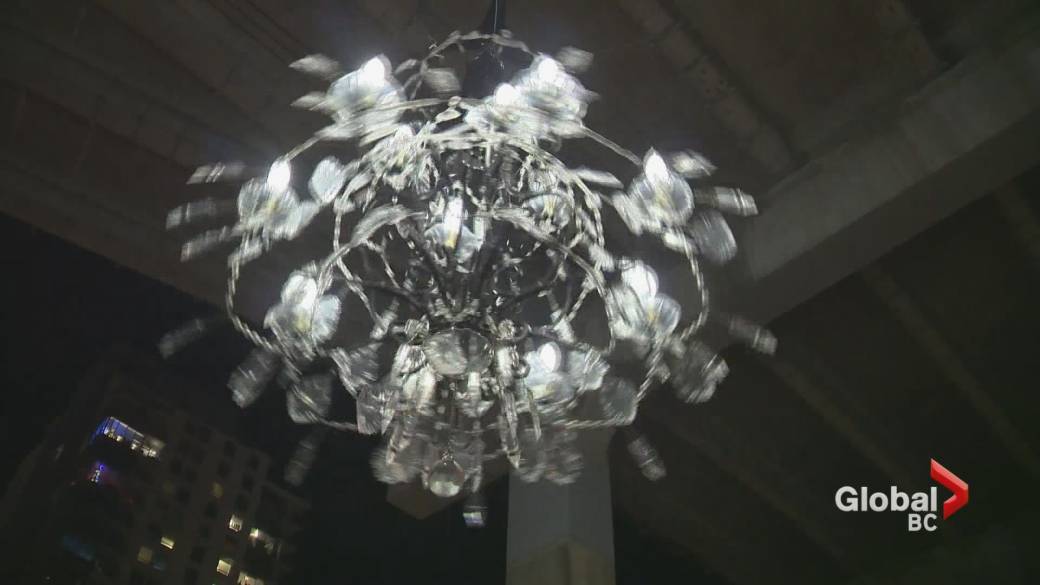 “This would be an unsightly imposition on the garden-like setting of this False Creek South neighbourhood.”

Area resident Catherine Crough told CKNW’s The Jill Bennett Show that the issue wasn’t the statue itself, but its placement.

“(It’s) two-and-a-half stories, it’s out of scale with the surrounding plaza, it will loom over the garden setting and take up over half of one of the plaza entrances with a 28-square foot circular footprint,” she said.

Crough said residents weren’t adequately consulted about the installation and raised concerns it could be a safety hazard, as well, due to its placement near a bike lane.

“There are approximately 12 to 15 bikes per minute on average, traveling in both directions. And so it’s difficult for walkers to cross the bike path safely. And we see that every weekend. And it’s not even summer yet.”

The Vancouver Biennale says there is misinformation circulating about the sculpture, noting that some posters opposing it suggested the blue boy would be 28 feet tall. The statue is actually composed of a 15-foot podium with a 9.5 foot tall boy. 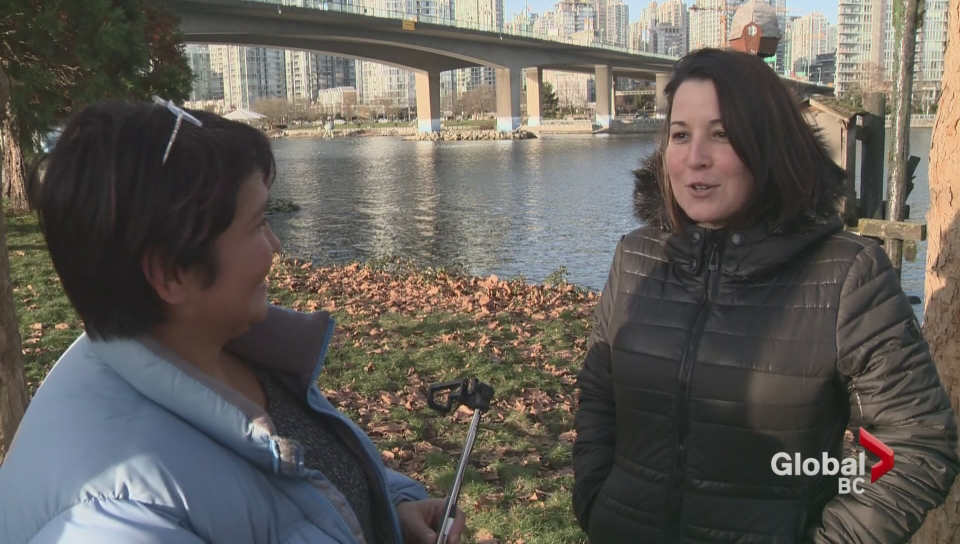 “An early photograph of the sculpture did not provide the full perspective,” the Biennale said in a statement.

“Boy Holding A Shark is akin to a lighthouse and acts as a warning that human activity is jeopardizing our oceans to the point where even the most powerful and seemingly indomitable of marine life are in distress. The young distraught boy, holding the shark as evidence for all to see, reminds us that the future is in our hands.”

The Biennale said the sculpture’s message ties into the importance of oceans to human health, and described it as “creative placemaking that taps into our identity as a port city and a long history of environmental activism.”

“To others who are opposed because of the aesthetics of the artwork, the location and its proximity to privately owned residences, and/or the ethnicity of the artist, we ask that you consider Boy Holding A Shark as an opportunity to create a really imaginative, meaningful space for the entire community to enjoy and be inspired by,” it said.

Boy Holding Shark is far from the first piece of public art to spur controversy.

A massive spinning chandelier designed by artist Rodney Graham installed under the Granville Street Bridge as a mandatory contribution from a developer was applauded by some and lambasted as a symbol of waste and gentrification by others.

An illuminated sign reading “should I be worried” that cost the city $100,000 also drew questions about cost.

And another Biennale piece installed in Vancouver in 2005, the so-called ‘upside down church‘ in Coal Harbour (actually titled A Device to Root Out Evil), sparked division over its religious overtones and the way some felt it blocked the view. The statue was moved to Calgary in 2008.

10 Dealers Who Changed the Way Art Is Shown and Sold – ARTnews.com

10 Dealers Who Changed the Way Art Is Shown and Sold – ARTnews.com